NOTE: Due to weather, the 8/26 show has been rescheduled. 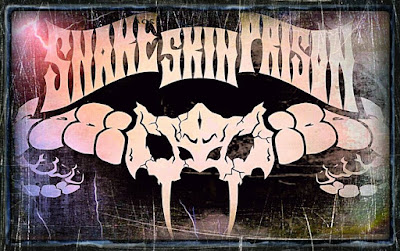 In 2009, INsite was a sponsor of the 10th Annual Texas Rockfest during that third week in March. I showed up to check out the bands in the middle of the spring break heat and I saw three guys on stage… Matt Ballengee, the singer/guitarist wore a bandana and a Black Sabbath shirt. The bassist, Keith “Keef” Ploeger, wore faded camouflage pants and all I could see of Marc Coronado was hair and drumsticks. They just plain rocked.


It’s been eight years since I saw Snake Skin Prison and I still recall that moment. Maybe it’s because in the 10-20 times I’ve seen them since, they have always brought the same energy, the same dedication and the same intensity that made me stop in my tracks and watch.
It’s been 10 years since Snake Skin Prison first hatched onto the Austin music scene and the guys are celebrating with a fun night of rock and revelry at Dirty Dog Bar this Saturday (8/26).


Matt and INsite took a moment to talk about their Decade of Decibels… as he answered 10 questions.


Sean Claes: Snake Skin Prison (SSP) is something that I’d describe as Southern-style Barroom Rock and Roll. You’ve got some Skynyrd mixed in with your Pantera, some West Virginia mixed with your Texas… is that a fair assessment? How would you describe y’all?
Matt Ballengee: I would say that’s an excellent assessment.  I would always tell everyone it’s Metallica meets Skynyrd.  SSP is heavy and fast, but you can understand what’s going on...most importantly the vocals. I have so many people tell me that they enjoy the fact that they can understand what I’m singing.


Claes: Snake Skin Prison has been a band for 10 years. How do y’all keep it going?
Ballengee: Hard work, determination, a whole lot of blessing, and a whole lot of vodka.  We have been through several drummers, but Keith and myself have remained true friends through this entire thing.  I think that’s key.  We didn’t keep pushing because we had to...we did because we wanted to.  That’s a big difference. 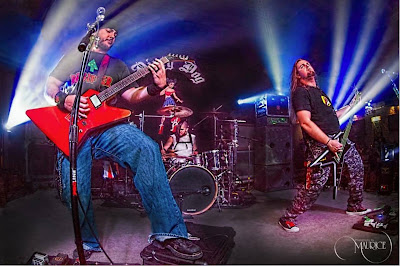 Claes: Long-time drummer Marc Coronado left Snake Skin Prison in 2015 and is now with local band The Crowned. How did that come about?
Ballengee: Marc is an amazing musician and an amazing drummer.  He is definitely one of the best drummers I have ever had the pleasure of working with.  He came into SSP at a young age and as a young musician.  I believe that as he grew into his own musically he wanted to do some things differently.  Which is completely fine.


He started The Crowned on his own and saw it take life (just as I did with SSP).  Once you see your creation begin to live and breathe it requires a lot more focus.  At the end of the day I believe that Marc wanted to focus on his band and his “vision”...and he was completely professional and up front about the entire thing.


He worked hard with SSP for 6 years and I’m truly grateful for that.  I wish him nothing but success and from everything I hear and see he’s doing great!  After Marc left, Keith and I were faced with a hard decision.  We really didn’t want to start from scratch.

Enter Gary Tumnus. Gary had filled in for Marc and was already poised to make that transition...so he did and I must say he’s filling in perfectly.


Claes: This Saturday you’re celebrating at The Dirty Dog Bar with a great line-up. A Snake Skin Prison show is always an event… what do you have in store for this one?
Ballengee: Any SSP show is a party...that’s why I love it so much.  There’s enough negativity in the world...check that shit at the door, we’re here to have a good time.


SSP’s set will consist of selections from our entire catalog.  Practices have been a lot of fun and I believe breathed some breath into the band playing those old tunes.

Claes: You’ve included a benefit aspect to this show. Why did you choose the St. Jude’s Children’s Research Hospital as your beneficiary?
Ballengee: We have worked with so many charities and I’m always trying to find new ones.  I chose St. Jude CRH because I they are providing an amazing resource.  You don’t have to have a child to have a soft spot for children, especially those that might not be as fortunate with their health as others.


Again, going back to what I said previously about negativity in the world...there’s enough of that.  As a human race we could do so much more if we all just worked together and St. Jude CRH is a perfect example of that. We have set our goal at $500...so we are working towards that as we speak:   http://fundraising.stjude.org/10yrsSSP. 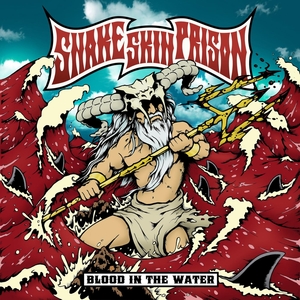 Claes: SSP consistently has the coolest artistic album covers of any indie band I have seen. I know Billy Perkins is your artist. How did that relationship happen?
Ballengee: I met Perkins through his band Butcherwhite.  We started playing together and I had no idea he was not only ‘a poster guy’ but the ‘poster guy’.  We have worked back and forth on several SSP projects/posters and he always does top of the line work.  There’s a reason he has worked with the best of the best.  I mean it doesn’t get any better than Willie Nelson!!


Claes: You know I’ve been a fan for a long time, even played Santa for your annual “Very Metal Christmas” back in 2010 at The Parish. I’m a fan of the music, but I’m equally a fan of your promotional mindset. What advice can you give bands who are trying to etch out a piece of the Austin musical landscape?
Ballengee: You have to promote.  You have to engage people.  Posting on FB is cool and definitely helps but you have to establish that connection with people.


You can be the best musician in Austin but if you’re an asshole, no one will come watch you.  Everyone in the band must put the work in.  You can’t rely on one person to do it all.  I know it’s a cliche, but seriously...never give up. 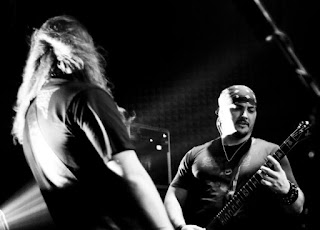 Claes: Do you have a favorite venue in Austin?
Ballengee: Red Eyed Fly was definitely my favorite, but Dirty Dog was always a close second.  Now that REF is closed down I would have to say Dirty Dog.  Come and Take It Live is also a bad ass venue, we have a show there in September I’m really excited about.


Claes: You’ve had a chance to play some pretty big shows. What is your most memorable gig?  Ballengee: I really enjoyed playing the Rockstar Energy Uproar Tour in Corpus (2010 with Hellyeah and Disturbed).  I also enjoyed playing with Jackyl the handful of times we did in San Antonio.  When we did our release for “9 Kinds of Bad” at the Parish and pre sold over 300 tickets...I was pretty stoked about that.  I sold 110 tickets myself!!


Claes: TIme to reflect… you 10 years ago… single and hell bent of forming a rock band in Austin. You today… married to an awesomely supportive spouse w/ a child… still rocking. Tell me about your decade.
Ballengee: It has been a wild ride for sure.  When I moved down here I had no idea about anything other than if I was willing to put in the work I would be successful.  I do feel like SSP has and is successful.  We never quite made that move from “part time” to “full time” but that was on purpose and a calculated decision.


Keith, Gary, and myself all have very happy and successful personal lives so I couldn’t be more happy about that.  Now that I have a family, it is definitely different but not in a bad way.


My 4 year old, Samantha, loves music and loves to watch/hear me play my guitar.  Kelly is and has been supportive.  So in short, my decade has continuously gotten better.


I used to pray everyday for God to make SSP the biggest band the world has ever seen.  I literally asked God for that (laughs).  Now I pray for health and happiness...and acceptance for the things I cannot change.  I still have that fire, I still have that need for speed...that will never die.  I’m just 10 years older and a little (not by much) wiser. 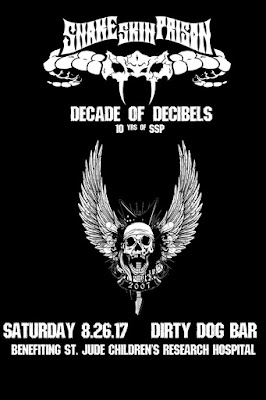 Head on out to The Dirty Dog on “the Dirty 6th” this Saturday and raise a glass to the boys of Snake Skin Prison. And… this isn’t a retirement party… look forward to them releasing some new music (Ballengee mentioned they were working on 3 new songs) in the coming months.

Sean Claes is the owner of Austin's INsite Magazine and has been a freelance entertainment writer since 1996. This is week 33 in his "52 Weeks of Austin Musician Interview" series. See the others here: 52 Week Project

Interesting fact... Claes actually interviewed SSP in 2012 for Week 16 of this series - link
Posted by Sean Claes at Tuesday, August 22, 2017