What do you want to do with your band’s life? I know.. you wanna rock. Thank you Dee Snider. But, really, if you’re serious about music, you should make a decision. You should make a plan. Are you just playing to play, or is this something you’re counting on doing for a long time, and/or as a career?

It doesn’t matter if you got into music because it was anti-authority. It doesn’t matter if you picked up a guitar to piss off your parents, to win a girl, or because you have a special gift you need to share with the world. You’re sitting in the position of being 1 piece of a puzzle that is the size of your band. It’s no longer just about you. It’s about the band now. It’s about contributing to the one great song that is music.

The way I see it, there’s three basic plans that bands can embark upon. Argue all you want that there’s more… but for the sake of this blog, I’m limiting it to three.. and I’ll bet your argument, no matter how valid it may be… can fall into one of these big buckets below.

JUST PLAY MUSIC
There’s the band that just wants to play music, in a garage, dive bar, someone’s party, empty parking lot… anywhere. This band doesn’t care if there’s 1 person or 1000 people in the crowd. They focus their energy into having a good time and playing music with friends. This band will likely never play in front of 1,000 people, though, because it’s not about that. It’s not about getting their music to the masses, distribution, labels, getting on MTV (or whatever station actually plays music these days), or fame. It’s more about having a good time with some friends, and everyone is welcome to the party. It’s just about the individuals who are in the band playing the music they love. You know, that’s fine. As long as everyone in the group KNOWS that’s what the band is about and is happy with that decision.

MISSION DRIVEN MUSIC
Some bands have something loftier to prove than just playing music. An example of this type of band would be Rage Against The Machine. They had a political motivation. They were trying to change minds, get people plugged in, and make a difference. If you’d like to prove a point and use music as your tool… that’s fantastic. Make sure everyone in the band is on board… then pull the trigger.

Please do me a favor and have something worthy to say, and be informed about the machine you’re raging against. Don’t do it for shock value or just because you heard Public Enemy once and thought it’d be fun to rattle some cages. Nothing is sadder than an ill-informed drunk front man trying to pontificate on a subject he learned about by watching Fox News.

COVER OF ROLLING STONE
This is what most people think a band’s mission is. To become wildly popular. To sell a million records and land on the cover of Rolling Stone. In order to do this, chances are you’re going to have to “sell out” in more ways than one. You have to promote, pander, pucker-up and parade around until the whole world sees you and invites you into their lives. You are likely going to have to work your way up the ladder and change and adapt at each stop along the way. There’s absolutely nothing wrong with taking this track if you know this is where you’re heading.

Of course, you have to be moldable. You are working to get into a position where someone is going to “help” you achieve the sound and look that may propel you into mega-stardom. This is why I mentioned that most of the bands I know are in the “Just Play Music” category. You’ve got to be OK with losing your soul a little.

Now.. this isn’t how every star is born, but the wheels of the music industry are always looking for another band they can turn into another Katy Perry, Coldplay, Garth Brooks, or Taylor Swift. Heck.. Imagine if they found another cash cow like KISS?

So, which plan do you fall into? Do you like it there?

Sean Claes is the owner of Austin's INsite Magazine and has been a freelance entertainment writer since 1996. For an introduction to his "52 Weeks of DIY Music Advice" visit this link - http://www.tinyurl.com/Claes52DIY. If you like what you read... please share. To visit Claes' homepage, go here - http://www.seanclaes.com/.

Last year, INsite owner Sean Claes completed a personal weekly challenge via his blog, it was a review of 52 Austin-Based CDs in 52 Weeks. It was as interesting as it was rewarding for him, as a local music lover.

Many of the CDs he reviewed were from bands that nobody had ever heard of, not because they were bad bands, but because there was a learning curve in the marketing/managing/promotion world. So, Claes decided to undertake a new 52 Week challenge. Since September 2010, he's been writing a weekly blog giving advice to do-it-yourself bands. Below you will find the entire list (thus far), along with a link to his blog to read the corresponding entry.

"It is my hopes that indie bands will read these entries, learn from them, and do a better job at getting their music to a wider audience," Claes said. "If you have good music, it SHOULD be heard. Hopefully these columns will give you some of the tools bands can use to take the next step." 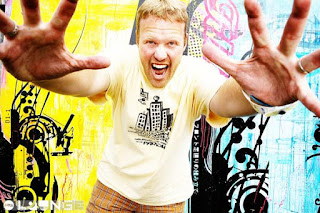 INsite owner Sean Claes. (Thanks to Austin's Annie Ray for the photo)


The link to each week is below.