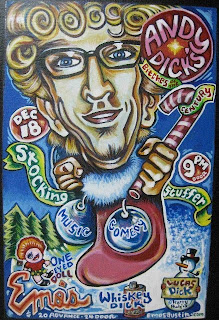 “I’m book-ending my shows - I started in January with five shows and I’m ending it in December with the same five shows,” he said in a recent phone interview from his Topanga Canyon, Calif. home.

It wasn’t part of the act, but what he allegedly did after the show, that landed Dick in a West Virginia jail in January. Dick reportedly groped two men at a club, following his performance.

“I went to jail for 16 hours, I got back out and the club owner said, ‘I understand if you don’t want to do the three remaining shows,’” he recalled.

Being the consummate performer, Dick insisted the show must go on despite the allegations. 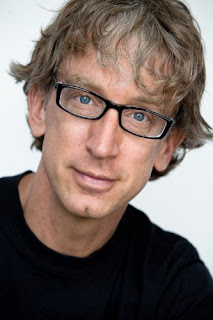 “But let’s not focus on that, or the jail time, and the court cases that are pending,” he said. “Let’s talk about the show. The show is fucking awesome! I can’t wait to do it in Austin. People are going to go nuts, seriously.”

Just don’t compare it to stand-up comedy, or you might annoy Dick.

“I’m warning you right now, if you’re coming to listen to stand-up comedy, I don’t even like stand-up,” he said. “I’m sick of it, it’s dumb! My shit, you will enjoy. You will get your money’s worth even if you get in for free.”

“It’s a mixture of songs and characters I do, and then I’ll twist people’s brains,” he said. “It’s stuff that I can’t do on television.”

The X-mas show also highlights whatever is happening in his life at the time, it changes and evolves, he explained. 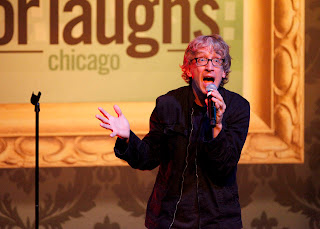 These days, Dick gets high on saving animals and living a raw food lifestyle.

“I’m vibrating,” he said. “It helps your mind, body and soul. Whatever is wrong with you, it’ll fix. It’s how you’re supposed to be. We’re supposed to walk around and eat the things we find.”

“I keep them in Andy Dick’s Half-way House for Wayward Rattlesnakes,” he said. “They stay here for a couple of months and I get to look at them and feed them crickets and little baby mice and then I relocate them. People are thanking me for this service because if you call the fire department they kill the snakes.”

During our conversation, on this particular Saturday afternoon, he and guitarist Tim Walsh were headed out in search of psychedelic mushrooms on his 30-acre property.

“They’re growing wild on my yard,” Dick said. “He claims he’s an expert in this and he’s already done some. I will not do it. But he literally has thousands of dollars of ’shrooms. He’s going to pick them and sell them and keep the money.”

Walsh, who performs in a Creedence Clearwater Revival cover band, is joining Dick for his show in Austin.

“He’s super funny and talented,” Dick said. “Everyone should clear their fucking schedule and come to the show.”

Local promoter Adam Brewer is excited to bring the X-mas show to Austin and particularly to Emo’s.

“It’s a rock and roll comedy show and it’s a different environment to see a show like this,” he said.

“And everyone knows Andy Dick, for better or for worse,” he added. “But this is a great mix of comedy and music especially with a holiday theme, and Andy is on his road to redemption trying to prove to everyone that he’s not just someone in a tabloid headline; he’s a very funny man. He’s going to light that room up.”