“You’re only as strong
as your weakest thought."
- Sunni Soper 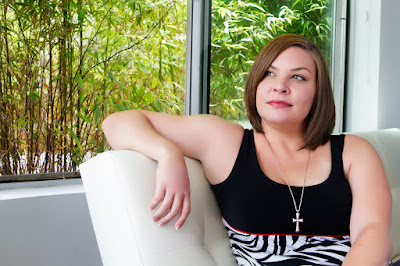 By Sean Claes
Performance-based poetry, or Spoken Word is an amazing thing and Austin has a wealth of performers who keep the genre alive. I became aware of the Austin scene through Sunni Soper, who came onto the scene about five years ago and has been a joy to follow on Facebook and watch via YouTube recordings of her performances.

I hadn't heard a produced track until I heard her "Prison Industrial Complex" set to music on the fantastic Black Mics Matter (download) compilation that was released last year.

INsite asked Soper "10 Questions" as she readied herself to head to Denver, CO for the National Poetry Slam competition this week.


Sean Claes: Tell me about your entrance into the poetry world and how you made the jump from the page to the microphone.
Sunni Soper: I wrote my first poem in October 2010. People had been telling me for a while that my speaking was poetic and I should write it down.

I tried to make it to the one monthly slams that was happening in RI at the time to give it a shot, but it was an hour away from me on a Wednesday night, so it never happened.

I moved back to Austin and a friend took me to an R&B show and two poets (Shae Harris and Kelene Blake) opened up for that artist and it was the most moving thing I had seen.

They said there was an open mic for poetry every Tuesday at NeoSoul Poetry Lounge, so I went back the next week and read a poem!
Claes: You performed your first poem in 2013. Tell me about that first time up on the mic.
Soper: I was TERRIFIED. I wrote a poem specifically for my first time reading a poem out loud.

The paper shook, my curly hair shook, my voice shook, but I made it through. It was powerful to feel so afraid of doing something, but doing it anyway.

I watch the video sometimes and it makes me laugh now. I’ve grown so much. I will forever be thankful for that leap, my poetry family has been crucial to my growth as a poet and a person! 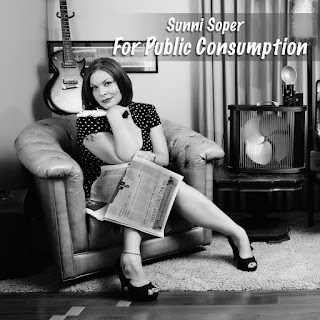 Claes: In 2014 you released your debut album, a collection of 15 poems, entitled For Public Consumption. How did that come about?
Soper: I was reading a poem at NeoSoul and an audience member, who became a friend, and has since passed (RIP Crystal) asked me where she could buy more. I was taken aback.

Once I got over the idea that someone wanted to listen to me when I wasn’t there, I was more comfortable with the idea. I was having a casual conversation with long-time friends Terrany Johnson (aka Tee Double) and Trent Spears (aka DJ Supreme) about that moment and Trent reminded me he has an entire studio set-up in his home. We decided that night we would put out an album.

My spoken word to his production and we went from idea to release in under 6 months!!

Claes: Most people know nothing about performance-based poetry or poetry slam other than what they saw Eminem do in 8 Mile. Paint me a picture.
Soper: A lot of people think Poetry Slam is a genre. It’s really just a competition of performance-based poetry, or spoken word, which is the actual genre (there’s even a Spoken Word Grammy category).

Poetry slam has become my favorite sport! Scores, suspense, cheering and booing, amazing writers, emotions spilling all over the stage and flowing into the crowd. It’s a unique environment and one I think everyone should experience at some point in their lives, whether they’re “into poetry,” or not.


Claes: Your poetry seems to be heart-on-the-table for all to see - Heartache, Activism, Healing and Love. What are your passions and how do you plug that into your poetry?
Soper: My favorite topic to write about is love. From interpersonal relationships to community health, I think there are many definitions of love to explore.

I tend to be a little over-the-top passionate in my life in general, so I don’t think I could avoid plugging that into my poetry if I tried. It is not easy feeling so exposed when you share so much of yourself. I have to say the attention and sometimes the feedback caught me off guard.

I never considered sharing my rambling musings would touch people so much.

Claes: You have a track, “Prison Industrial Complex” on the 2016 release Black Mics Matter that Terrany Johnson executive produced. It was released in the wake of the Black Lives Matter movement. How was that experience?
Soper: I was honored when Terrany Johnson asked me to be part of Black Mics Matter as an ally. It was amazing to be included on a project with so many talented people! This compilation made it all the way to the consideration phase for a Best Rap Album Grammy!

Even if it hadn’t, I loved the message, the goal of the compilation and the way it showcased necessary songs and words in these tumultuous times from local Austin voices working tirelessly behind the scenes and on stages to get these messages out. 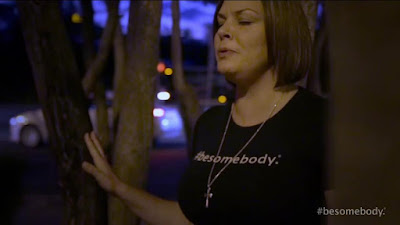 Claes: Where are the places one can catch performance-based poetry in Austin? What is the scene like?
Soper: There is a wealth of poetry here in Austin. Austin Poetry Slam is every Tuesday night 8p.m. at Spiderhouse Ballroom on Fruth St.

NeoSoul Poetry Lounge has been on hiatus for the summer, but we have monthly, free writing workshops and a slam competition September 9th at Apanas on South Congress.

Chicon Street Poets has been holding a monthly open mic and I believe I heard rumblings of a festival being put together.

All of these collectives have Facebook pages where you can find out more and keep up with future events.

Claes: You were diagnosed with Psoriatic Arthritis two years ago. How has this affected your performing, your writing?
Soper: It’s a very aggressive form of arthritis so it has taken me some time to adjust to some new limitations. My writing was pretty dark for a while as I processed this degenerative issue.

I moved behind the scenes quite a bit in the poetry scene because I definitely want to stay involved, but I wasn’t sure what I could physically handle as far as continuing to book my own features and performances.

I seem to be doing better as of late, even popping up for performances here and there, but I’m hesitant to jump back in full steam. It has definitely affected my performing more than my writing.

Claes: You’re on the Executive Board of the Austin Poetry Slam. Tell me a bit about that group.
Soper: Austin Poetry Slam is a weekly slam competition at Spiderhouse Ballroom in Austin with cash prizes for the top three winners. All the competitions culminate into a finals competition to send a team to the annual National Poetry Slam to compete with teams all around the country.

I’m also on the organizational team for NeoSoul Poetry Lounge. We have been holding monthly, free writing workshops at the African American Cultural and Heritage Facility on 11th Street and we will be producing slams to form our 2018 Nationals team.


Claes: You’ve been working with new local publishing house, 310 Brown Street. What is that all about?
Soper: 310 Brown Street was established November 2016 by poet, author and community advocate Christopher Michael.

I have been the editor and media director since its inception and it has been an honor to work with a publisher that’s focusing on spoken word artists in the slam community. Spoken word is a little different in that it doesn’t necessarily follow academic poetry guidelines so mainstream publishers often overlook this genre resulting in an underrepresented community and therefore an entire population of possible fans not being exposed to it.

Among the releases, we put out two anthologies, “NeoSoul Anthology” and “Texas Slamthology” used for fundraising purposes. The NeoSoul Anthology is used to raise money to send the Neo slam team to nationals.

"The Texas Slamthology" has 7 Texas slam team’s contributions and is for sale in their home venues to raise money for their respective national slam teams, while online sales proceeds go to the youth poetry scene. You can find all of our releases on Amazon. 310 Brown Street has 5 publications under its belt so far, with a few in the works for release soon. I love the tagline: 310 Brown Street, Making Poets Immortal!

You can find Soper’s album For Public Consumption, on iTunes, Amazon, Spotify, Pandora, and sunnisoperpoetry.com.
This week Soper travels to Denver, CO for the National Poetry Slam competition in a behind the scenes capacity. If you’re looking to see her perform, keep an eye out for Austin Poetry Slam and NeoSoul Poetry Lounge.

She had these parting words:
“Support artists,
get involved in your community,
stand up for those who cannot stand up for themselves,
and always remember:
You’re only as strong
as your weakest thought.” 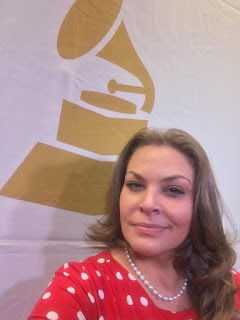 Sean Claes is the owner of Austin's INsite Magazine and has been a freelance entertainment writer since 1996. This is week 31 in his "52 Weeks of Austin Musician Interview" series. See the others here: 52 Week Project
Posted by Sean Claes at Tuesday, August 08, 2017